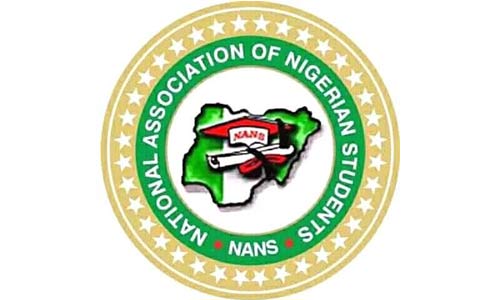 The National Association of Nigerian Students (NANS) has demanded an apology and compensation from the Wife of the President, Aisha Buhari to Aminu Adamu, a final-year student of the Federal University, Dutse said to be unjustly victimised by the First Lady over a tweet.

NANS in a statement by its Ogun State Chairman of Joint Campus Committee (JCC), Comrade Kehinde Damilola Simeon, on Saturday in Abuja, said the arrest and detention of Adamu for almost two weeks on the orders of the First Lady was an abuse of power.

Recall that Adamu, 24, was arrested by the police in Dutse for allegedly publishing a defamatory statement on his Twitter handle against Mrs Buhari.

After nearly two weeks in detention and alleged torture, he was arraigned on Tuesday before Justice Yusuf Halilu of the Federal Capital Territory High Court in Maitama, where he pleaded not guilty and was remanded at Suleja prison in Niger State.

But withdrawing the case against the accused on Friday, the prosecution counsel, Fidelis Ogbobe said the First Lady as the mother of the nation decided to withdraw the case, following the intervention of well-meaning Nigerians.

NANS has, however, the release and meeting with the President were not enough, insisting that the student should be compensated with an apology letter.

The statement read in part: “We consider that the meeting of the President with Aminu after his release from detention is not enough.

“Madam Aisha Buhari should apologize publicly in at least four daily newspapers. Aminu and his family should be compensated for the inhumane condition the first family had thrown them into in the last few days.

“Democracy as a practiced system in Nigeria is not only anchored on election and wearing of agbada by the leaders. It is dependent on civil liberties such as freedom of speech, rule of law, equity, and every other principle needed for the respect of human economic, social, and political rights.

“These principles, are what we consider as the fundamental basis for demanding the release of the unjustly victimized Nigerian student, Aminu Adamu, who had only said nothing but the truth which is visible to all.

“As a result of solidarity actions of NANS, Civil Societies, and other notable Nigerians, the First Lady, Aisha Buhari, shamefully succumbed to pressure and withdrew the baseless case she had instituted against Aminu.

“This is coming after days of detention, denial of freedom, and assault of all kinds. We need not imagine the mental and physical distress the whole family of Aminu must have been thrown into in the last few days knowing what it means to have a case against the ruling class in Nigeria as a common man.

“This single action of Aisha Buhari has shown us that she is no different from the cabal surrounding her husband which she has always pretended to be exposed to in the past.