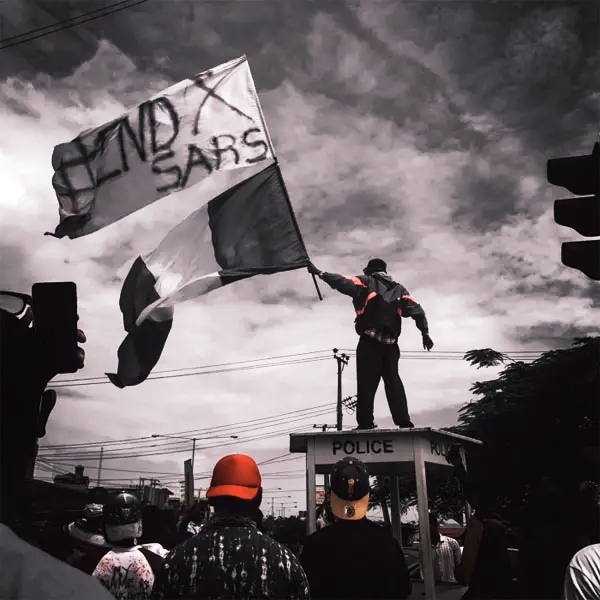 …Only a White Paper can confirm Lekki killings, says CDS

This came as the state government reserved its comments over the leaked report. Commissioner for Information and Strategy, Gbenga Omotoso, said yesterday: “No comment for now. Mr. Governor has set up a four-man committee to come up with the White Paper, until then, no comment, please.”

The Judicial Panel of Inquiry and Restitution on Lekki Toll Gate Shooting Incident and Cases of Police Brutality as well as human rights violations, had on Monday, indicted the Nigerian Army and the Police of complicity in the death of protesters at the Lekki Tollgate in 2020.

The Panel also made a total of 32 recommendations.  They include sanctioning of the officers of the Nigerian Army and the Nigerian Police Force who participated in shooting, injuring and killing of unarmed protestors at the Lekki Toll Gate on October 20 and 21, 2020; development of more robust engagement between the youth and the government; and setting up of a standing committee/tribunal to deal with cases of violation of human rights by security agencies and a trust fund to settle compensation awarded by such committee/tribunal.

It equally called for a public apology to #EndSARS protesters who were killed, injured and traumatized by the incident of October 20, 2020.

Governor Sanwo-Olu had promised to treat the report appropriately, saying history was there to judge the state government well or otherwise.

Only a White Paper can confirm Lekki killings, says CDS

But the Chief of Defence Staff, CDS, General Lucky Irabor, in his reaction to the report yesterday, said only a White Paper  on the report would confirm the alleged incidents.

He, however, assured that the Nigerian Armed Forces remained committed to its professional calling of protecting the territorial integrity of Nigeria.

He also cautioned Nigerians against making inciting comments on what was happening across the country.

Speaking to journalists shortly after a courtesy visit on Governor Godwin Obaseki of Edo State, Irabor said: “I am sure those of you in the media must have seen that there is a report that was released.

“Whether it is a true report, I can’t tell but I would like to indicate that the normal procedure is to have such a report submitted to the convening authority and then, there will be a white paper, based on which one can make informed comments.

“It will not be right to disparage men and women who have worked so hard to ensure that the territorial integrity of this nation is kept intact. Meantime, until I see the full report, I may not be able to comment, but I can assure you that the armed forces of Nigeria are well disciplined and we do not engage in any ignoble acts.

“If Nigerians don’t trust us, then we wouldn’t have been doing what we are doing and in any case, it is the armed forces of Nigeria. So let us not make inciting comments that will put the entire space on fire. That is not right.”

Reacting to the report, the United Nations urged government’s commitment to implementing the panel’s recommendations

In a statement by the UN Resident and Humanitarian Coordinator for Nigeria, Mr. Edward Kallon, the body said: “I welcome the submission to Lagos State Governor, Babajide Sanwo-Olu, of reports of the judicial panel on claims of brutality and shooting in the Lekki area of Lagos State, during the 2020 EndSARS protests.

“I urge the government to implement the recommendations of the judicial panel to rebuild trust and start the process of healing and reconciliation.”

LASG should address abuses, grievances of victims —US

Similarly, the United States government, in its reaction to the panel report, called on the Federal and Lagos State governments to seek suitable measures to address the alleged abuses, as well as the grievances of victims of the 2020 #EndSARS protest.

The statement issued by the US Embassy in Nigeria, said: “The United States welcomes the conclusion of the Lagos State Judicial Panel of Inquiry with the transmission of its final report. We look forward to the Lagos State government’s response as part of a process that represents an important mechanism of accountability regarding the #EndSARS protests and the events that took place near the Lekki Toll Gate on October 20, 2020.

“Those events led to serious allegations against some members of the security forces, and we look forward to Lagos State and federal governments taking suitable measures to address those alleged abuses as well as the grievances of the victims and their families.”

Ojigho said: “Amnesty International welcomes the panel’s report, which confirms that Nigerian army and police shot peaceful protesters at the Lekki toll gate on  October  20, 2020. The panel’s findings revealed the truth about what happened at Lekki toll gate and contradict the shameful denial by the Nigerian government that deadly force was used against peaceful #EndSARS protesters.

“For the survivors and relatives of the dead, the judicial panels findings are only the first step towards justice and restitution. President Buhari must act promptly to ensure that those found to be responsible for shooting and attacks on peaceful protesters are brought to justice in fair trial.  Nigerian authorities must ensure access to justice and effective remedies, including adequate compensation, restitution, and guarantee of non-repetition to victims and their families.”

On his part, the Interim Chairman, Alliance on Surviving COVID-19 and Beyond, ASCAB, Mr Femi Falana, SAN, commended the courage of members of the panel and insisted that Lagos State government was duty-bound to implement the recommendations of the panel.

Falana said: “The members of the Okuwobi Judicial Commission of Inquiry deserve commendation for the thorough investigation of police brutality in Lagos State. In particular, the revelation that some of the 99 dead bodies dumped in the various mortuaries in Lagos by soldiers were traced to the Lekki Toll Gate has exposed the official lie that the report of the brutal killing was a figment of the imagination of the protesters. A certified copy of report of the panel should be forwarded to President Muhammadu Buhari, given the recommendation that the soldiers and police personnel who engaged in the torture and reckless murder of citizens be sanctioned.

“Having received the report of the Judicial Commission, Lagos State government is urged to accelerate the issuance of the White Paper as well as implementation of the far-reaching recommendations. The policemen, who were killed by criminal elements during the protests ,should be honoured notwithstanding that their family members have been compensated by Lagos State government.”

Also, former President of the Committee for Defence of Human Rights, Mr Malachy Ugwummadu, said:  “Moving forward, victims and relatives of victims of this illegal and callous violence can pursue further legal redress, including the enforcement of the fundamental rights of their relations in our regular high courts. I pursued a case on behalf of a victim before the panel and got compensation but that was on behalf of a living victim. The Fundamental Rights (Enforcement Procedure) Rules 2019 allows the victimised families or even friends of the deceased to approach the high court for redress and compensation.

“Secondly, the identified security operatives and their enablers must be court-marshalled and subjected to room-orderly trial but all must, thereafter, be prosecuted by the Nigerian State (AGF) to show the clear resentments and disapproval of the Nigerian State. If the Nigerian government fails to prosecute the culprits, then the campaign will be intensified to expose the suspected security personnel, including their commanders, to the International Criminal Court ICC for crimes against humanity, having declared the events of October 20, 2020, as a massacre.”

Similarly, Commodore Bode George, retd,  urged the Nigerian Army to fish out soldiers responsible for the Lekki toll gate shooting and court-martial them.

He said: “Sanwo-Olu should know that he has a family name behind him, both from his mother and his father’s side and that the truth has already been told.

”The military command should investigate what happened and the right thing should be done.”

Indicted persons must be prosecuted— Peterside

Also reacting to the report, Chairman Standard IBTC, Bank Plc, Atedo Peterside said: “First, let me commend the Judicial panel because many of us were not sure they will stand up and be counted and I think they have done very well.

“But when I saw elements and highlights of their report, I didn’t know whether to laugh or to cry.

“In the United States Capitol incident, five people died, only one was a bullet wound, the others were natural causes.

“Here, many people died and we know that. My advice to who is in charge of justice is to rise; this is your moment, stand up and be counted.

“The judicial panel has stood up and we must clap for them, I advise the youths in the #EndSARS protest to channel their anger at the next elections in two years and not to the judicial panel report.”