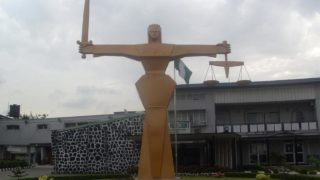 Access to Justice, (A2J) has called on the National Judicial Council (NJC) to reduce the amount of vacation time judges cumulatively enjoy in Nigeria to nine weeks.

Last two week, many courts, including the Federal High Court and many State courts went on recess.

Although the recess period varies from jurisdiction to jurisdiction, they are generally expected to last for about eight weeks (two months).

This recess is, however, not the only vacation superior court Judges are entitled to. They also go on recess for two weeks at Easter and two weeks at Christmas time. In total, Nigerian courts are generally closed for vacation for about 12 weeks (three months).

According to a statement by the group, which was endorsed by its deputy director, Dr. Adenike Aiyedun at the weekend, the NJC as part of its reform agenda, should re-enliven public trust and confidence in the Judiciary by immediately adopting policies limiting the amount of vacation time of Judges to nine weeks cumulatively, and particularly changing vacation procedures so that all criminal courts run continuously throughout the year (with exceptions being made for individual or staggered vacation for criminal court Judges.

“The status quo requires immediate review for the prosperity and efficiency of our justice system, particularly given the many frustrations that litigants have expressed with court delays, and the overall performance of the Judiciary.

“The Nigerian (superior court) Judiciary enjoys one of the lengthiest vacation systems in the world. Even though, Nigeria has some of the most intractable problems of court delays, among its peers around the world. As such, any efforts to reduce prolonged trial delays must address the availability of Judges to sit in courts, at all times.

“The conundrum of access to courts in Nigeria is widespread, and requires urgent attention, and the Judiciary has never quite been able to surmount this problem, in spite of some modest efforts to do so. Systematic court delays, however, deny citizens effective access to justice, and indeed derail justice, and this must be combatted in order to re-inspire public confidence in the justice system,” Aiyedun said.

Comparing the situation with other jurisdictions, the group said in most Western countries, superior court Judges go on leave for between four to 12 weeks a year (two-three months). “During these vacation periods, however, the criminal justice system is not put in abeyance as a result. Many countries ensure that Judges’ holidays are staggered and not cumulative to make sure that the justice system remains in service all through the year, and some countries have abolished general court recess all together, to ensure the efficacy of their criminal justice system and guarantee the protection of fair trial rights for their citizens,” she said, adding that in India, for instance, which shares some social characteristics with Nigeria, Judges go on recess for only nine weeks cumulatively.