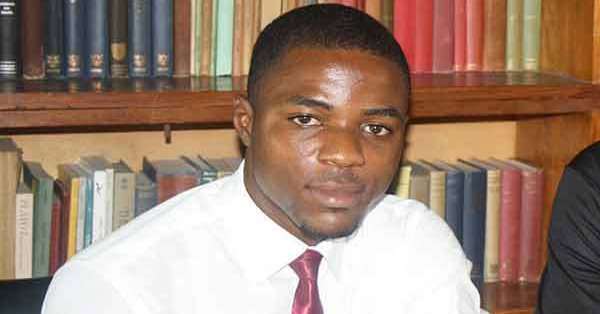 The Nigerian Law School in Abuja has expelled a University of Ibadan graduate, Kayode Bello after he allegedly had an argument with another student over a seat in the lecture room.

The 34-year-old student was bundled out of the school library by law school officials and policemen attached to the Bwari Police Station on the day he was expelled. Bello’s problem with the Law School authorities started shortly after he gained admission into the school in 2016. Prior to his expulsion, Bello had reportedly complained to the management about the leakage of the sewage pipe in his room’s toilet.

Explaining events that led to his expulsion from Law School, Bello said his earlier complaints about the state of facilities in the school were not addressed.

In an interview, Bello explained the reason why the school expelled him.
He said, “The class is usually overcrowded. There are no enough chairs in the lecture room and we have issues over seat reservation. At a point, the Head Marshal, Mr. Akinyemi, announced publicly that there should not be seat reservation again because it was causing problems.

“That day, I met Chidima and other persons sitting on some chairs. There was a book on a vacant chair. As I made to sit on the vacant chair, Chidima said she was keeping the seat for a student. I said I would leave when the person came.

“When the lady came 20 minutes later, Chidima angrily told me to vacate the seat. I told her that her approach was wrong. In the process, a marshal came and took both of us to Mr. Akinyemi’s office. He asked me to look for another seat. I made him to realise that he was the one that gave an order on seat reservation, but he ignored me.

“I went to report the matter to the school’s Chief Security Officer, Mr. Ogunboyan, but he was not in the office. I called him on the telephone and he asked me to be patient, saying he would address it when he came back.”

The student said that the CSO took him to Akinyemi, who accused him of being rude.

“I said I was not rude, but was trying to let him (Akinyemi) realise that he didn’t do justice to the matter brought before him.”

According to him, the school official later turned around to accuse him of inciting students against the school management saying that his room was inspected on March 20, but nothing incriminating was found.

“On March 21, the CSO and the Head of Academic Affairs, Mr. Osamolu, came to my room in the midnight and forcefully evicted me. I paid over N300,000 as school fee, of which N60,000 was for hostel accommodation. They handed me over to policemen at the school’s police post. When I explained what happened to a policeman, he was surprised. He gave me a space to pass the night.
“When I returned to the hostel the following day, I met the door of my room broken, while my bed had been taken away. I reported at the Bwari Police Station, but a police woman I met there requested money to buy a case file, which I declined to provide”.

It was reported that the school authority summoned him to hear the side of the story but according to him, a cockroach would not win a case in the panel of fowls.