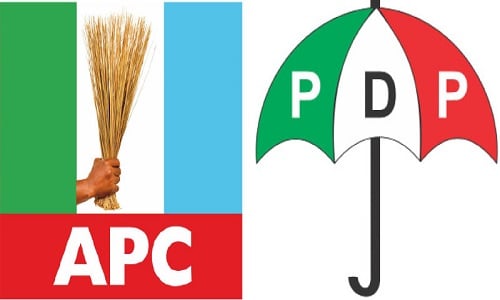 The Chairman, Ekiti State Independent Electoral Commission, Justice Jide Aladejana, on Sunday, announced candidates of the All Progressive Congress, as winners of the 35 chairmanship seats in Saturday’s local government election.This is just as the Peoples Democratic Party that boycotted the election claimed that the result was predetermined.

Aladejana said the seats won comprised the 16 statutory Local Government Areas and the 19 local council development areas.He said this while declaring the result of the polls in Ado Ekiti, on Sunday.He explained that APC won 176 out of the 177 council seats while election was postponed at the Erinjiyan ward “due to alleged violence that broke out during the exercise in the town”.

The SIEC chairman commended security agencies, staff of the commission as well as the Ekiti electorate for their cooperation, which he said, culminated in the success recorded during the polls.Six political parties namely: the Action Alliance, African Democratic Congress, All Progressives Grand Alliance, APC, National Rescue Movement and Young Progressives Party participated in the election.

The main opposition PDP boycotted the exercise, claiming the APC government was incapable of organizing any free and fair election devoid of violenceHowever, the PDP, in a statement titled, ‘PDP discredits Ekiti council poll,’ signed by the state PDP Publicity Secretary, Raphael Adeyanju, on Sunday said, “the results of the election and the obvious low turnout of voters have confirmed the opposition’s fear that the result had been predetermined by the APC ruling party.“The reality in Nigeria today is that the APC cannot win any free and fair election in any state of Nigeria.

That none of the five other political parties that took part in the council election was able to win a single councillor position shows the desperation of the ruling party.“Those parties were only used to give credibility to the local government election. We knew this, and that was why we kept away from the charade”.