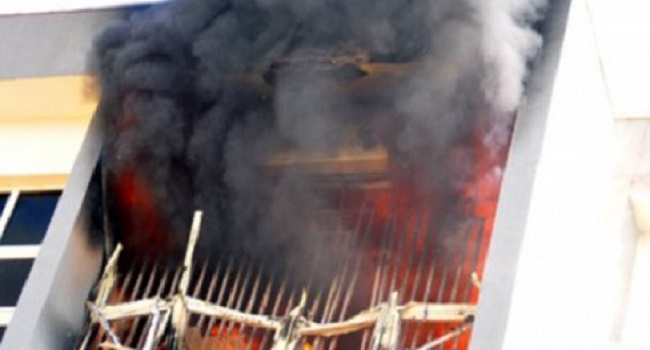 According to the Independent National Electoral Commission (INEC), its office in Ohafia LGA, Abia state, has been set on fire.

INEC spokesperson Festus Okoye said in a statement that the incident happened on Sunday night.

This comes just a week after one of the commission’s offices in Akwa Ibom was destroyed.

There is no clear cause of the fires, which are thought to be the result of hoodlums targeting the commission’s buildings.

Governor Okezie Ikpeazu, who has inspected the scene of the fire incident, totally condemned the act, describing the perpetrators as “enemies of the state”.

Mr Ikpeazu expressed shock at the level of damage done to the building and urged the police and other law enforcement agencies to ensure that the culprits were brought to book.

He called on the Police and the Army to beef up security in all INEC formations in the state to forestall any such incidents.