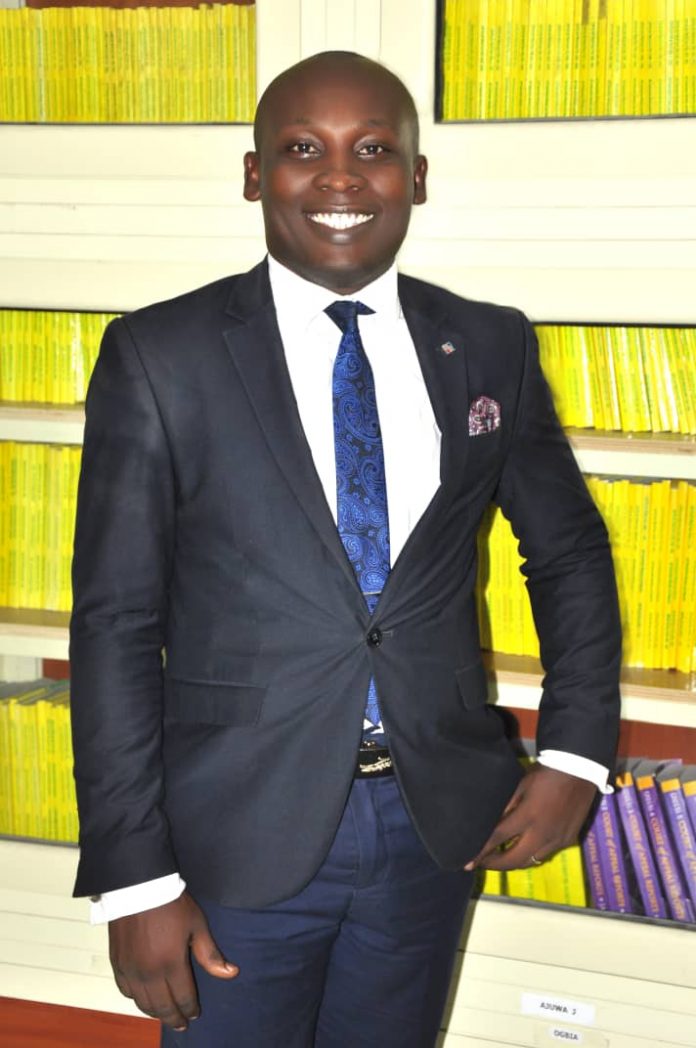 The Nigeria Christian Graduate Fellowship (NCGF) is a non-denominational Fellowship of Christian graduates who use their God-given talents and learning in the service of God and our nation. The Fellowship, which is duly registered with the Corporate Affairs Commission, has as part of its focus, the creating of a conducive socio-political environment for the Church to thrive in Nigeria; asserting the Christian position on critical national issues; as well as being involved in nation building. It goes without saying therefore that, the NCGF, as a critical stakeholder, is amongst the Interest Groups in Nigeria whose views should also count in the Zonal Public Hearing on “the Proposed Alteration to the Provisions of the Constitution of the Federal Republic of Nigeria, 1999” being organized by the Senate Committee on review of the 1999 Constitution; hence, this proposal /presentation.

2.         INTRODUCTION:- The amendment of the Constitution of the Federal Republic of Nigeria, 1999, has not been free from controversies. This is largely because the document being referred to as the 1999 Constitution is an aberration, as same is not a product of the collective will of Nigerians, but a military-driven Constitution, imposed by the military administration that ushered in the democratic rule of the 4th Republic on the 29th of May, 1999. There is therefore the dire need for the enactment of a Constitution properly so called, that can meet / satisfy the yearnings of the multifarious interests in Nigeria. This proposal attempts to proffer solution to the quagmire,with a view to having a country where the divergent interests can peacefully coexist.

3.0      THE FUNDAMENTAL DEFECT / FLAW IN THE 1999 CONSTITUTION THAT RENDERS SAME ILLEGITIMATE AND UNAMENDABLE:

short time, after which the assembly is dissolved. A Constituent Assembly is a form of representative democracy[1].

3.3      Furthermore, Article 25 of the International Covenant on Civil and Political Rights (ICCPR) which was signed on the 16/12/1966, but became effective on the 23/03/1976, guarantees the right to Political participation, including the right to vote, to citizens of member States. Nigeria ratified the aforesaid Instrument on 29/07/1993 and same came into force in Nigeria on the 29/10/1993. It is submitted that the right to Political participation guaranteed under the said Article 25[2], includes the right of citizens to participate in the Constitution making process of their nations, through the Constituent Assembly.

3.4     The above is true of democratic nations universally. For instance, in Turkey, the Constituent Assembly of Turkey was established in 1961 after the Turkish coup d’etat to prepare a democratic constitution. The Constitution was prepared and approved by the voters in a referendum of 1961. Also, the Russian Constituent Assembly was established in the wake of the October Revolution of 1917 to form a new constitution after the overthrow of the Russian Provisional Government. The Constituent Assembly of Italy was also established in 1946, in the wake of the Fascist Italy’s defeat during World War II. It was elected with universal suffrage, simultaneously with a referendum about the adoption of the Republic or the continuation of monarchy. Voters chose Republic, and the new assembly had the task to approve the new Republic government. This was approved on 22nd December, 1947. The examples are endless – Nepal, India, Iceland, France Denmark,

4.  Of the International Covenant on Civil and Political Rights.

Costa Rica, among other nations of the world today all achieved democracy and nationhood through the Constituent Assembly.

3.6      We submit that, the crucial question begging for answer, in the light of the foregoing facts, which is the crux of this presentation, is this: Can such a fraudulent, hypocritical, dictatorial and illegal document being paraded as the 1999 Constitution, be amended as is being sought to be done? We submit that the answer to this poser must be in the negative; in that, a proposal to amend the 1999 Constitution, presupposes the existence of a valid and legitimate constitution in the first place. In the instant case, the 1999 Constitution, having been established to have been illegally made, cannot be amended; for the law is settled that one cannot amend an illegality. The Supreme Court made this position of the law clear in the case of:    Enitan   and   Others             v.  The  State  (1986)  3  NWLR

(Pt. 30) 604 where the erudite Jurist – OPUTA, JSC (of blessed memory) succinctly stated the position of the law in the following words: –

“One cannot amend or add something to nothing, just as one cannot make something out of nothing for ex nihilo nihil fit.”

“If an act is void, then it is in law a nullity. It is not only bad, but incurably bad. There is no need for an order of Court to set it aside. It is automatically null and void without more ado, though it is sometimes convenient to have the Court declare it to be so.  And every proceeding which is founded on it is also bad and incurably bad. You cannot put something on nothing and expect it to stay there. It will collapse.”

4.1       It is our firm view / position that, in order to get a lasting solution to the controversies bedeviling the current 1999 Constitution, the issue must be considered and dealt with from the very root/ foundation, rather than cosmetically, as is being proposed to be done.

4.2       To the extent therefore that the 1999 Constitution was foisted on Nigerians by a military government which did not represent the yearnings and expectations of the generality of Nigerians and against all democratic norms, it is our firm view that, the totality of the document called the 1999 Constitution ought to be jettisoned or set aside to give way for a proper constitution that truly accords with the will of the people.

FIRSTLY: “THAT A SOVEREIGN NATIONAL CONFERENCE WITH EQUAL REPRESENTATION FROM ALL THE SIX GEOPOLITICAL ZONES NAMELY: SOUTH-SOUTH, SOUTH-WEST, SOUTH-EAST, NORTH-CENTRAL, NORTH-EAST AND NORTH-WEST BE CONVOCATED TO FASHION OUT A CONSTITUTION THAT WOULD TAKE INTO CONSIDERATION THE YEARNINGS OF MAJORITY OF NIGERIANS FOR A TRUE FEDERAL CONSTITUTION, SIMILAR TO THE 1963 CONSTITUTION”.

ALTERNATIVELY: “THAT IF OUR FIRST PORPOSAL IS NOT FEASIBLE, THEN THE NATIONAL ASSEMBLY OF THE FEDERAL REPUBLIC OF NIGERIA SHOULD IMMEDIATELY ADOPT THE REPORT OF THE 2014 CONSTITUTION CONFERENCE OF THE PRESIDENT GOODLUCK JONATHAN’S ADMINISTRATION WHICH CONFERENCE HAD A FAIR REPRESENTATION OF NIGERIANS AT ALL LEVEL”.

5.0      CONCLUSION:             Undeniably, constitution making is a matter for the Constituent Assembly to meet, fashion out, agree and adopt a blueprint for their cohabitation; and the 1999 Constitution, without doubt, falls short of a lawful and legally acceptable Constitution, same beingnumerous attempts at amending the 1999 Constitution over the years have not yielded positive results. Indeed, such past attempts and the instant move to review, revise, modify or amend the 1999 Constitution, could be likened to the blood of bulls and goats which were sacrificed for sinners but which could by no means cleanse such sinners or make them perfect as recorded in the Holy Scriptures. Just as the blood of Christ was the only instrumentality through which absolute cleansing and indeed perfection for sinners could be guaranteed; so is the enactment of a fresh Constitution by Nigerians (Constituent Assembly) for Nigeria, the antidote to the perennial challenges facing the country. The Federal Government is accordingly, hereby urge, to, as a matter of urgency, initiate a consultative and participatory constitutional making process as proposed above, with a view to catalyze a country which we can all proudly call our home and native land; a country where, in the words of our former National Anthem, “though tribes and tongues may differ in brotherhood we stand, Nigerians all…”. God bless Nigeria!