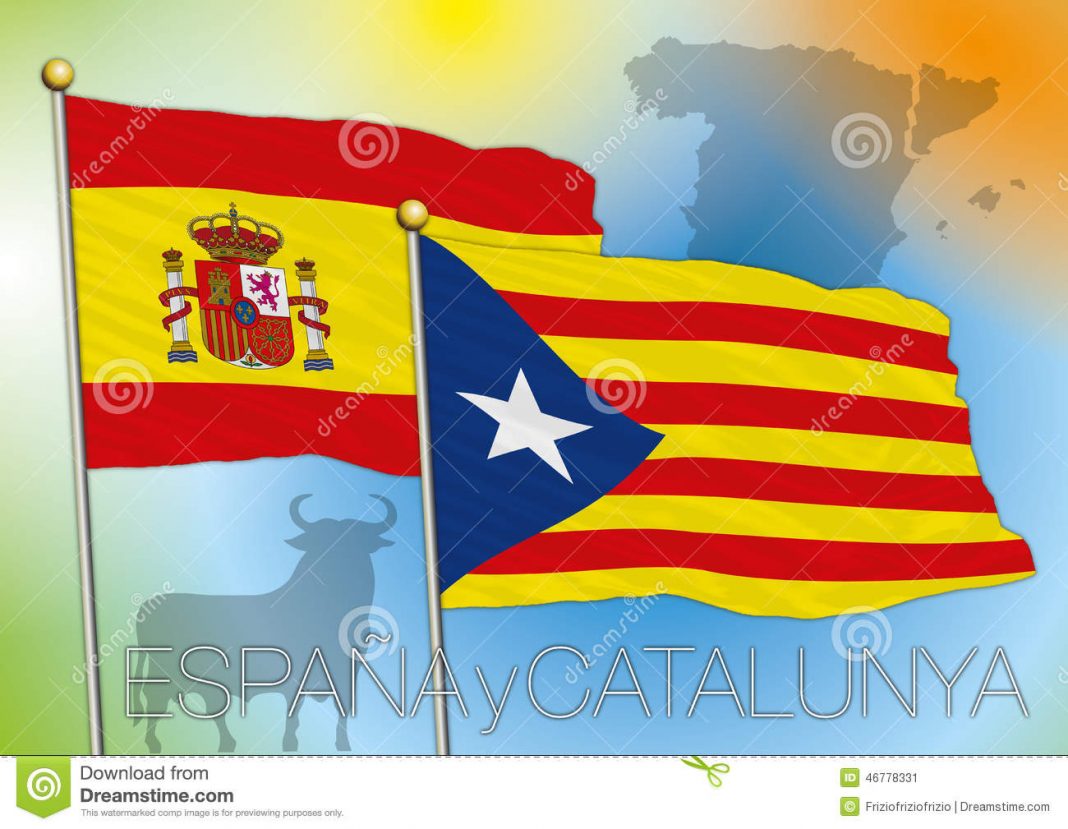 Catalonia’s regional government declared a landslide win for the “yes” side in a disputed referendum on independence from Spain that degenerated into mayhem Sunday, with more than 800 people injured as riot police attacked peaceful protesters and unarmed civilians trying to cast their ballots.

Catalonia has “won the right to become an independent state,” Catalan president Carles Puigdemont said after the polls closed, adding that he would keep his pledge to declare independence unilaterally if the “yes” side wins.

“Today the Spanish state wrote another shameful page in its history with Catalonia,” Puigdemont added, saying he would appeal to the European Union to look into alleged human rights violations during the vote.

Catalan regional government spokesperson Jordi Turull told reporters early Monday that 90% of the 2.26 million Catalans who voted chose the “yes” side in favour of Catalonia’s Independence. He said nearly 8% of voters rejected independence and the rest of the ballots were blank or void. He said 15,000 votes were still being counted.

The region has 5.3 million registered voters, and Turull said the number of ballots didn’t include those confiscated by Spanish police during violent raids that aimed to stop the vote.

In a televised address after the majority of polls closed Sunday, Prime Minister Mariano Rajoy thanked the Spanish police, saying they had acted with “firmness and serenity” — comments sure to anger Catalans.

Deputy prime minister Soraya Saenz de Santamaria described the referendum as a “farce” and demanded it be called off.

It has been ruled unconstitutional by both the Madrid government and the courts, with judicial officials ordering police to seize millions of ballot papers, detain organisers and shut down websites promoting the vote.

Hundreds of police armed with truncheons and rubber bullets were sent in from other regions to confiscate ballots and stop the voting, and amateur video showed some officers dragging people out of polling stations by the hair, throwing some down stairs, kicking them and pushing them to the ground. Anguished, frightened screams could be heard.

Madrid sent an additional 10,000 agents to the region, including the majority of its riot police, according to El Pais newspaper.

Barcelona played their match against Las Palmas behind closed doors in what club president said was a protest against the violent clashes.

Police also raided the Catalan government’s communications hub in Barcelona on Saturday, cutting its connections with polling stations and access to software that could have allowed an online vote.

Several left-wing Spanish politicians demanded Prime Minister Mariano Rajoy resign after over the use of force by police.

Catalonia, a region of 7.5 million people bordered by the Mediterranean and the Pyrenees, is about the size of Belgium, accounting for 6.3% of Spain’s territory and 16% of its population.

Its thriving economy, buoyed by industry, research and tourism, generates one-fifth of the economic output of the eurozone’s fourth-biggest economy.

But it is also one of Spain’s most indebted regions with a debt mountain of 75.4 billion euros ($90 billion) at the end of March, equivalent to 35.2% of its GDP.

With its own regional parliament, Catalonia already enjoys significant powers over matters such as education, healthcare and welfare.

Spain’s economic woes, coupled with resentment that the region pays billions of euros more in taxes than it receives from Madrid, have pushed secession from the fringes of Catalan politics to centre stage.

The regional government argues that an independent Catalonia would be richer and better able to protect its language and culture. Catalans favouring a break with Spain have long wanted more than the limited autonomy they now have, arguing that they contribute far more than they receive from the central government, which controls key areas including taxes and infrastructure.

It had already defied Madrid in November 2014 by holding a symbolic independence vote where more than 80% — 1.8 million people — of voters chose independence, though turnout was just 37%.

The most recent poll commissioned by the regional government in July showed 41.1% in favour of seceding, and 49.4% against.

What next for Spain and Catalonia?

The police aggression on Sunday was likely to only fuel the passion for independence, and the main separatist group urged the regional government to declare independence after the violent crackdown.

No one knows what will happen if Catalan officials follow through on their pledge to use the vote as a basis for declaring independence, a provocation that would possible remove from Spain one of its most prosperous regions, including the coastal city of Barcelona, the regional capital.