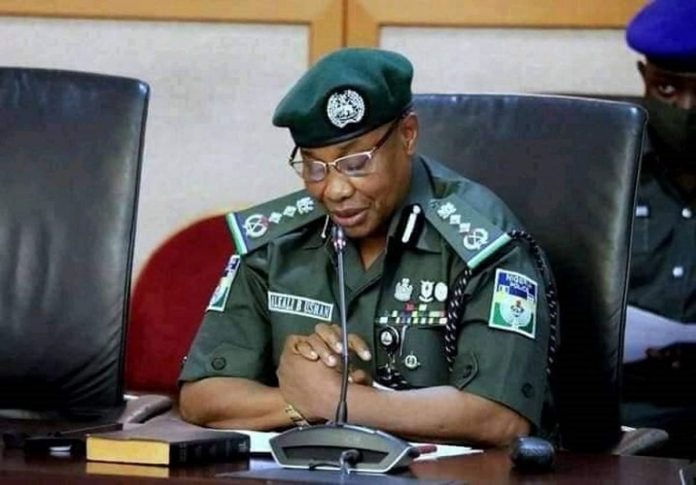 Usman Baba, inspector-general of police, has ordered an investigation into the alleged detention of Glory Okolie, a 21-year-old woman by officers of the Intelligence Response Team (IRT) in Imo state.

Okolie was said to have been arrested on June 17 by IRT officers in order to use her as bait to arrest her boyfriend who is suspected to be a member of the Indigenous People of Biafra (IPOB).The family of the young lady had been searching for her.Harrison Gwamnishu, an activist and director-general of Behind Bars Human Rights Foundation, in a Facebook post, said it was later discovered that Okolie was in the custody of IRT in Imo allegedly cooking and washing for the officers.

Gwamnishu accused the police of extorting the family when they went to ask for her bail. He said Okolie was later transferred to Abuja.

21-year-old Miss Glory Okolie who enrolled for 2021 JAMB exam has been in police detention since 17th June, 2021 till date. She left the house and never returned,” the activist wrote on Facebook.“Since 17th June, her families had searched for her in hospitals and mortuaries but couldn’t find her.

Ending of June, 2021, a young man who was freed from IRT office Tiger Base Owerri told the Okolie family that he saw Glory in the custody of IRT officers cooking and washing clothes for them.“The family immediately went to IRT office and requested to see Glory and bail her out and till date it’s been one story or the other. The IRT officers allegedly continued to extort the family and denied them access to see Glory.”Speaking with the Punch, the activist said his team met with Olatunji Disu, the newly-appointed IRT boss,

on Thursday, but the police could not link the lady with any offence aside being the girlfriend of a suspected member of IPOB.“The office is cooperating with us. The current head of the unit said he just resumed and that the IG commissioned a committee to look into people arrested for IPOB issues after the Glory story went viral. The committee is already profiling the suspects,” Gwamnishu said

They are many; they are more than 100 and they are interviewing them. We learnt the committee will give a report tomorrow morning and we were told to come and pick the girl by 11am.”Recently, Amnesty International said it documented 52 incidents of unlawful killing and 62 cases of arbitrary arrest and torture carried out by security operatives from January, 2021 in the south-east.