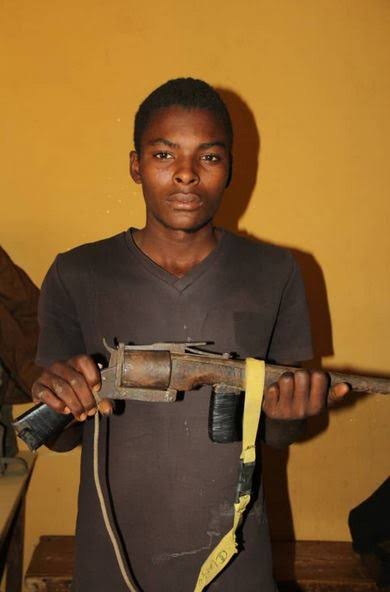 21-year-old man identified as Umar Abubakar has been arrested by men of the Bauchi State Police Command for the illegal possession of a firearm.

“The suspect acquired a locally made pistol revolver from his friend Mohammed ‘m’ of Nasarawa state at the cost of twenty-five thousand nairas (N25,000.00), alongside three (3) live 7.62mm ammunition,” the statement read.

“However, the suspect also confessed to having purchased the firearm two years ago, and he fired one piece of ammunition while chasing cattle rustlers in Mangu LGA of Plateau State.

“The suspect further confessed to have handed over the firearm to his friend to get him an interested buyer, as the firearm is of no use to him at the moment.

“As investigation furthered, two suspects were so far apprehended for criminal conspiracy and concealment of an illegal firearm connected to the case,” the PPRO added.

In a related development, sequel to the ongoing operation around the Alkaleri axis, operatives attached to Alkaleri Divisional Police Headquarters, acted on intelligence information and raided a criminal’s hideout situated at Kashereyel Hill near Gwana district of Alkaleri LGA. During the raid, one English Pump-Action gun was recovered.