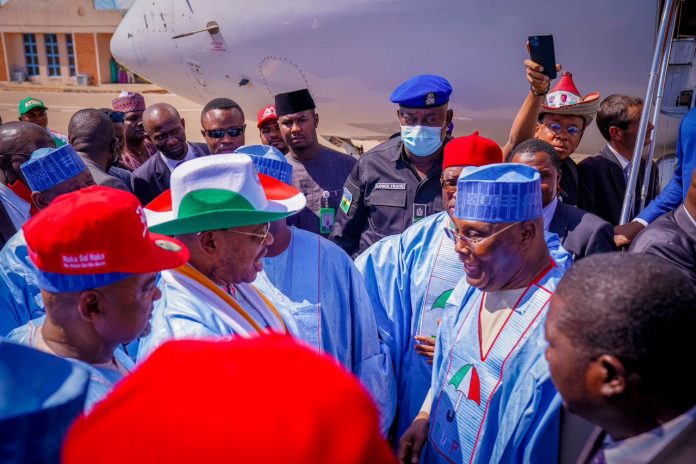 The presidential candidate of the Peoples Democratic Party (PDP), Atiku Abubakar, says the party’s supporters in the North-East have an opportunity to produce another Tafawa Balewa by voting for him in 2023.

Mr Abubakar stated this at the Pantami Stadium, Gombe, while addressing supporters during his campaign launch in the state.

He said it had been a long time since the sub-region produced the president of the country and that his candidature was an opportunity to have another president through a vote for PDP.

“Most of you were not born when the late prime minister of Nigeria, Sir Tafawa Balewa, was in office; you now have another opportunity to produce Abubakar Tafawa Balewa in me,’’ he said.

Mr Abubakar said his coming to Gombe State was homecoming and would ensure that the people in the state were empowered and business-supported to create jobs if elected in 2023.

The PDP presidential candidate said the economy and agriculture would be prioritised, and roads in the North-East would be reconstructed to enhance trade and commerce.

Mr Abubakar also pledged to address insecurity in the North-East and ensure that peace was restored to fast-track development.

Mr Emmanuel stated that a vote for Mr Abubakar would restore the country to the path of progress and improve the well-being of the common person.

Also, Governor Aminu Tambuwal of Sokoto and the director-general of the campaign council appealed to supporters to vote for PDP in 2023.