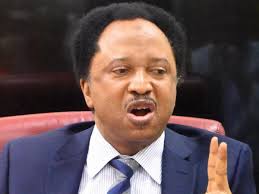 He urged aggrieved politicians to stop attacking the former president over his decision to endorse Peter Obi for the forthcoming poll.

Recall that Obasanjo in his New Year message on Sunday declared that the former Anambra governor has an edge over other candidates vying for the nation’s top job.

Supporters of the All Progressives Congress, APC presidential candidate, Bola Tinubu and his Peoples Democratic Party, PDP counterpart have been expressing anger over the public endorsement.

Reacting to the controversies, Shehu Sani opined that the former president is entitled to his own opinion, stressing that he should not be attacked for the choice he made.

In a tweet on his official Twitter handle, Shehu Sani wrote, “Obasanjo has made his choice. He is entitled to his opinion. He should not be attacked.

“Those who can’t get his endorsement should seek that of Gowon, IBB or Abdulsallam, they are equally credible former military and political leaders. Ordinary President of Berekete is also available”.