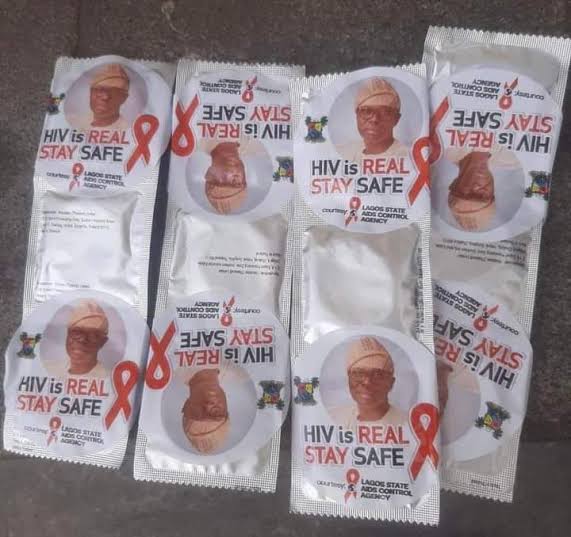 Lagos gubernatorial election campaign has taken a rather hilarious turn after latex condoms branded in Governor Babajide Sanwo-Olu’s picture surfaced on the streets and social media.

The condoms, which also carried the stamp of the Lagos State Aids Control Agency, was reportedly shared at the campaign event of the All Progressives Congress (APC) which held over the weekend.

Lagos State ranks top in fight against HIV/AIDs with recent increase in budgetary allocations towards several initiatives and campaigns but the distribution of condoms at a political campaign event is being adjudged in public opinion as a political gimmick rather than anti-AIDs awareness.

Twitter users have berated the state governor, Mr Sanwo-Olu, for branding the condoms with his picture describing it as a reflection of his desperation to win his reelection in 2023. Others trolled the condoms as fake and substandard highlighting general assessment of the APC-led administration at national and state levels.

“If you use a condom that APC is sharing, anything you see, take it like that,” a Twitter user wrote.