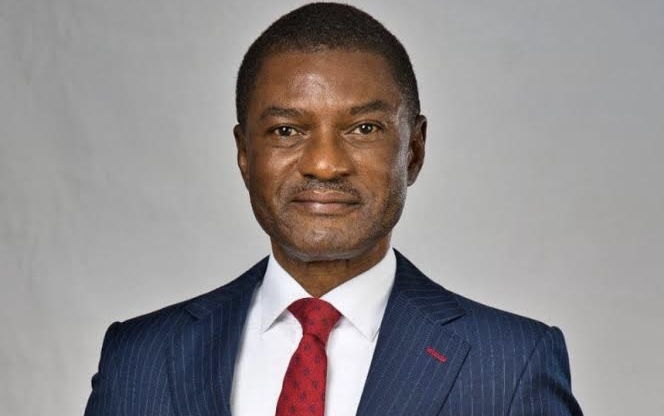 The people of Nsukka have assured Frank Nweke Jr, the governorship candidate of the All Progressives Grand Alliance (APGA) in Enugu State, of their total support in the 2023 elections.

They gave their assurance on Monday during a Town Hall Meeting at the Nsukka Civic Centre, Obachara, Nsukka where they used the occasion to present their needs to him.

The people said they pledged their support to him for his visionary leadership qualities and impeccable track record over the years.

Speaking at the event Uchenna Ugwuanyi, APGA House of Assembly candidate for Nsukka-West, noted that the people of the area had suffered a lot.

He added that their challenges could only be redressed by voting in Mr Nweke and other APGA candidates because they were truly for the people.

On his part, Emeka Agbala, APGA House of Assembly candidate for Nsukka-East, told the people that a vote for Nweke was a vote for him.

Mr Agbala said that the aspiration of the APGA governorship candidate was to fix Enugu State and not to short change the poor masses as the current ruling party in the state was doing.

Other residents such as Elder Emmanuel Obeta; a woman leader, Lebechi Onah; youth leaders, Joseph Ejike and Jacinta Onyekelu listed bad roads, lack of water, lack of electricity, insecurity and unemployment amongst others as the problems they currently face.

Responding, Mr Nweke assured them that his government would fulfil the promise of providing critical infrastructure and instituting a visionary, transparent, God-fearing and people-oriented leadership, if elected.

Assuring the people that his government would make provision of those basic amenities a priority, Mr Nweke pledged to tackle the bad state of roads in the area and indeed in all parts of the state.

He also decried the lack of water across the state assuring he would address them squarely.

“For our roads, we are clear on how to approach the rehabilitation and construction of roads in the state through a Strategic Road Construction and Rehabilitation Programme.

“Water availability and good access roads are also critical to economic growth, as well as personal comfort and we already have plans to revive the Adada Water Scheme with a water distribution plan to serve towns and cities in Enugu-North,” he said.

He said with infrastructure working, as well as the right policies, companies would be confident enough to set up their businesses in the state and provide jobs to solve the problem of unemployment.

He also assured the people that his government would stop the diversion of local government funds which he accused the incumbent government of doing.

Mr Nweke added that he would ensure that only competent, visionary, knowledgeable and honest individuals were allowed to run the local government councils in the state.