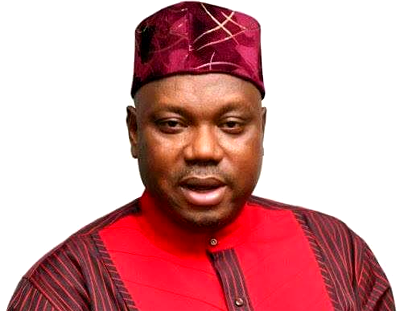 A former presidential aspirant of the All Progressives Congress in the 2019 general elections, Charles Udeogaranya has called on the Nigerian electorate to vote for candidates who have both mental and physical wellness to do the job of president of the most populous black country in the world.

Udeogaranya who disclosed this in a press statement made available to journalists accused the ruling All Progressives Congress (APC) and the opposition Peoples Democratic Party (PDP) of presenting Nigerians with options that were advanced in age and weak in physical ability to fix the country.

According to him, mental and physical fitness are critically essential for the office of Mr. President from 2023. “While I wish everyone a long life in good health, it must not be over-emphasized that a woman at 70 years of age is clinically dead as far as the issue of childbirth is concerned.

“These flawed characteristics are demonstrated by the candidates of the APC and PDP but a repeat of the 2015 scenario after all the warning signs will be catastrophic.

He also said, “both the APC and PDP cannot promise to fix a nation suffering from a chronic imbalance of representation and at the same time nominate Muslim presidential candidates to succeed a Muslim president after eight years in office on a predominantly Christian nation”.

“The resultant tragedy of such poor and irrational choices made by APC/PDP political parties in the nomination of their 2023 presidential candidates is being compounded by the poor choice of selection of their running mates, who in their entire political life has not exhibited a presidential plan.

“These running mates will be blank in contributing to their principals or stand effectively in the gap when their principal relocates to their hospital beds overseas as expected,” Udeogaranya said.

He, however, called on Nigerian voters in the 2023 presidential election not to exacerbate the country’s leadership problems by voting or campaigning for ineffective presidential candidates as being presented by the APC and PDP.

Udeogaranya said Labour Party (LP) presented a candidate who is mentally and physically sound and fit for the president’s office.