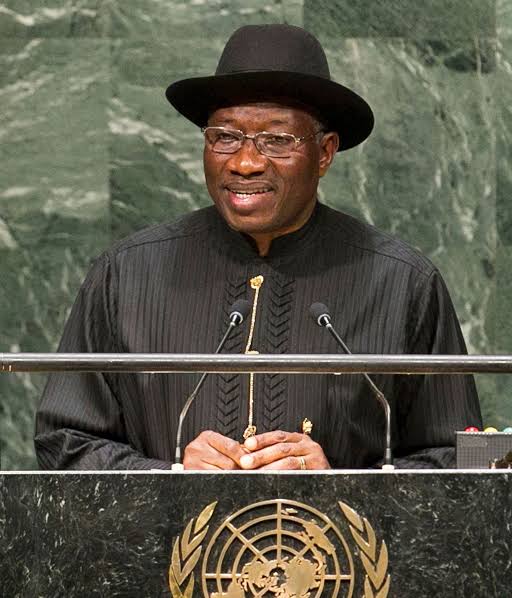 Goodluck Jonathan, a former Nigerian President, has expressed concern over the trend in the polity as the elections draw near.

Speaking during the commissioning of the 1.15 kilometre Afi-Uko Nteghe Uda brigde on Etebi-Enwang road, in Mbo Local government area of Akwa Ibom State, on Monday, Jonathan said he was worried over the negative energy that the forthcoming elections have generated.

He stated that politics of bitterness hinders development, and called on politicians to market their politics with ideas, rather than fight, insult and abuse their opponents.

“I’m a bit worried by the negative energy generated ahead of the 2023 elections. We have noticed a level of bitterness in our politics that does not bring development and I plead with politicians that marketing is about marketing your ideas. Politics is not about fighting, is not insulting, is not about abusing.”

“We have been reading in the newspapers and social media of how billboards of Presidential candidates, governorship candidates are pulled down and I believe by hoodlums, but sometimes, they say some governments even support those kind of things.

“If you are a part of the team doing that, then know that you are among the unfortunate miscreants, virus or pathogen that is really decomposing our democracy. Please stop doing that; but in all these, I believe the security services have a lot to do.

“I believe anybody who commits a crime should not be covered under politics. Arson is arson and is never status bound, so somebody who commits a crime, burn houses, kill people, the record must be kept, and whatever the investigation is completed, such people should be prosecuted; that is the only way people would stop doing this.

“But if people commit criminal offences and walk away, then, of course, other people would be encouraged to do same. So security services in Nigeria have a lot to do, they must not spare any criminal,” he stated.

Jonathan who described the bridge as one of the longest in West Africa, commended Governor Udom Emmanuel for his developmental achievements, saying his administration has good intentions for Akwa Ibom people.

He noted that some major ongoing projects which Governor Emmanuel had assured would be completed before the end of his tenure in May, is proof of his commitment to improve the life of the people.

While speaking, Governor Udom Emmanuel said he had satisfied his conscience with his achievements across the state, adding that despite criticisms and the falsehood peddled against his government, he tried not to be distracted.

Emmanuel commended the community for supporting the construction of the project, saying the project confirms his promise to open up the riverine areas.

He revealed that the Maintenance, Repair and Overhaul (MRO) facility is waiting for commissioning, adding that it can service two 747 800 series of an aircraft and is appreciated across the world.