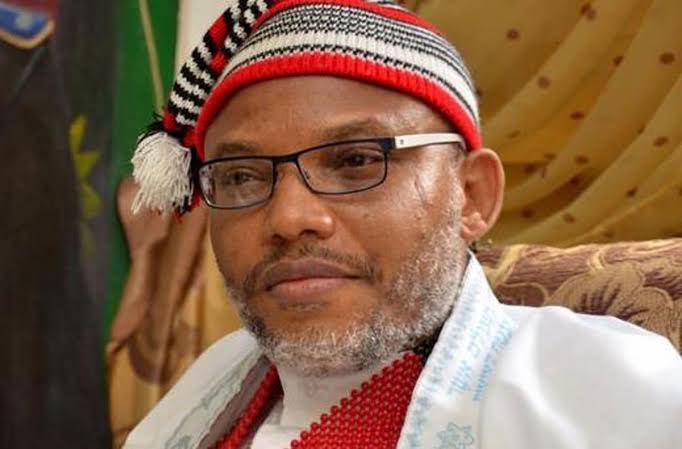 The group, on Monday, backed Governor Chukwuma Soludo of Anambra State and Senate Chief Whip, Orji Uzor Kalu on the urgent need for the Federal Government to unconditionally release the detained leader of the Indigenous People of Biafra, Nnamdi Kanu.

HURIWA’s National Coordinator, Emmanuel Onwubiko, in a statement, said constructive dialogue and no use of force by security agencies on separatists is vital for the conduct of peaceful polls in February and March.

The group also said it is insincere for the President Muhammadu Buhari regime to continue to hold Kanu in the custody of the Department of State Services after the IPOB leader had been discharged and acquitted of terrorism charges by an appellate court.

HURIWA also charged Buhari to justify the “African Award for Strengthening Peace’’ he is about to receive in Nouakchott, the Mauritanian capital on Tuesday.

Over the weekend, Governor Soludo made a passionate appeal to the Federal Government to release the IPOB leader unconditionally.

Similarly, the Chief Whip of the Senate and former Governor of Abia State, Orji Kalu, recently said he would stand as surety for Kanu and urged the Federal Government to release the IPOB leader directly to him.

Many renowned Igbo sons and daughters including revered elders of the apex Igbo sociopolitical group, Ohanaeze Ndigbo such as former Governor of Anambra State, Chukwuemeka Ezeife, amongst others have made similar appeals to the President to release Kanu. In fact, many of these have held private physical meetings with the President on Kanu’s release.

However, despite entreaties by the sons from the South-East, the President has held onto Kanu, reneging on his promise to allow the court determine the fate of the IPOB leader.

On October 13, 2022, a Court of Appeal sitting in Abuja acquitted and discharged Kanu from terrorism charges but the Federal Government appealed the decision and the court granted the government’s request to stop the execution of the judgment freeing the IPOB leader.

HURIWA’s Onwubiko said, “The rising calls by well-meaning South-East leaders for Nnamdi Kanu’s release amidst a rising state of insecurity and targeted attacks in the South-East should not be ignored by President Muhammadu Buhari especially as he prepares to go into a quiet retirement whereby he ought to prepare his credentials as a Statesman and not a regional bigot of the North of Nigeria.

“We urge President Buhari to hearken to the voice of reason and release Kanu now to stop the heightened threats to lives, and property of citizens of South-East and to open up vistas of constructive dialogues towards peaceful polls all over Nigeria, and especially in the South-East.

“Kanu must be freed now because it is fraudulent to receive an award for peace when this government’s hardline and military action in the South-East escalated the violence in the South-East.

“It is an irony that the President will receive a peace award in Mauritania yet the entire Nigeria boils from the North to the South.