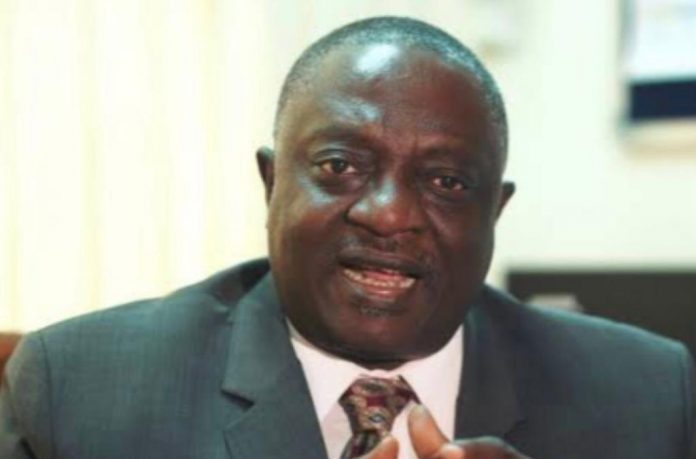 The Federal High Court in Jos on Friday affirmed the candidacy of Patrick Dakum as the governorship candidate of the Labour Party (LP) in Plateau.

The party had been in crisis following the emergence of two governorship candidates – Yohanna Margif and Patrick Dakum.

Mr Dakum, who had earlier contested and lost the All Progressives Congress (APC) ticket, emerged the LP candidate in an August 6 primaries.

That election was conducted on June 9, but the winner, Mr Margif, reportedly withdrew from the race.

But Mr Margif, who rejected claims that he had withdrawn from the race, approached the court to discountenance Mr Dakum’s emergence as LP candidate.

He told the court that the said withdrawal letter was “fabricated by some mischief makers to cause havoc and mislead loyal members of the party”.

Justice Dorcas Agishi, while delivering the judgement, stated that the court was convinced, based on evidence before it, that the plaintiff actually signed the letter of withdrawal.

Mrs Agishi said that evidence before the court also showed that Mr Margif voluntarily withdrew from the race and was subsequently expelled from the party, following petitions against him.

She said that based on evidence, the plaintiff also agreed that a new primary was conducted though he was not an aspirant in that contest.

She declared that since the plaintiff did not approach the court to stop the second primaries, he did not have the right to challenge its outcome.

“The law states that for anyone to challenge the outcome of a primary election, he or she must be an aspirant in the contest,” she stated.

She, therefore, upheld the candidacy of Dakum.

Counsel to the defendant, Edward Pwajok, SAN, after appreciating the court for the judgement, prayed the court to order the plaintiff to pay N3 million each, to first and second defendants, as cost of appearance.

E. I. Atoh, counsel to Mr Margif, prayed the court to discountenance Mr Pwajok’s prayers as his client was “exercising his fundamental rights by dragging the defendants to court”.

The Judge, in her ruling, ordered the plaintiff to pay the sum of N200,000 each, as cost to the first and second defendants.

Mr Pwajok, while reacting to the judgement, appreciated the court for upholding justice by declaring Dakum as the legitimate candidate of the party.