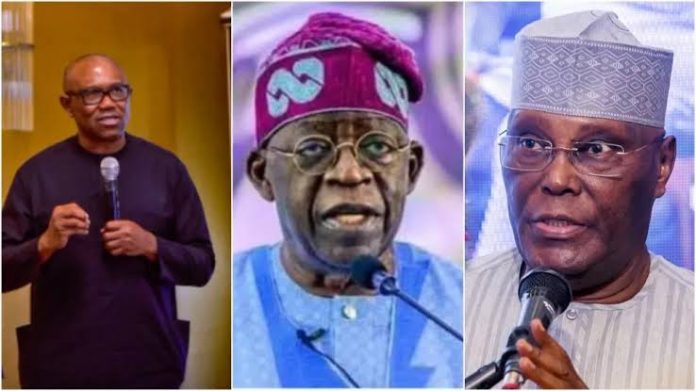 A report credited to a subsidiary of the influential Fitch Ratings predicting victory for the All Progressives Congress (APC) presidential candidate, Asiwaju Bola Ahmed Tinubu, in the 2023 general elections, yesterday, sparked controversy as the presidential Campaign Organisations of the Peoples Democratic Party (PDP) and Labour Party (LP) respectively rejected the report.

The Atiku/Okowa (PDP) Presidential Campaign Organisation dismissed the report as speculative while the Peter Obi/Datti Campaign (LP) said it called for concern.

The Fitch Solutions Country Risk and Industrial Research had, in its report, said the APC candidate had a higher possibility of winning, adding that Nigeria might, however, experience political unrest following Tinubu’s winning.

On Atiku, the report said votes for the opposition PDP might experience a split at the expense of its standard bearer. This, it said, would be a result of the popularity of Obi as a relevant third-party candidate after the APC and the PDP.

A statement by the Atiku/Okowa Campaign, signed by the spokesperson, Kola Ologbodiyan, said: “From all analysis, the said report is merely contrived, imaginary and completely illusory. It is a trivial opinion of ignorant interlopers which does not conform with any empirical or substantiated indicators regarding the direction of the 2023 presidential election in Nigeria.

“While we do not want to conclude on the opinion already widely held in the public space that the report was procured or not emanating officially from Fitch, especially, given the desperation and devious antecedents of the Tinubu Campaign Organization and the All Progressives Congress (APC), it is, however, important to state that these conjectures are direct opposite of the reality on ground.

“In the South, Asiwaju Tinubu has no solid base in the South-South and South-East where he has been roundly rejected.  Even in the South-West, the former Lagos State governor has been demystified as evidenced in his party’s devastating loss in the last governorship election in Osun State, a state considered to be his ancestry home, to the PDP.

“The reality of the 2023 presidential election is that the PDP presidential candidate, Atiku Abubakar, has the highest organic followership cutting across all demographies like age, class, ethnic, sectional and even political affiliations in the country as Nigerians believe in his proven capacity, competence, experience, readiness and will power to lead our nation at this point.

“Nigerians should therefore disregard the said Fitch Report as it does not reflect the reality of the 2023 Presidential election in Nigeria.”

National Publicity Secretary of the party, Comrade Abayomi Arabambi, said that beyond the “purported fanthom rating, “ the report clearly showed that the APC candidate cannot win by popular vote.

Arabambi noted that there is clear evidence that the woeful performance  of the Buhari- led APC administration is “a pointer to the fact that Nigerians are fed up with the APC -led government and will not dignity it with a Return third term by voting for it’s already discredited Candidate whose source of wealth and origin is still a mystery.”

He noted that the APC candidate is reaping and campaigning with the success of the likes of Lateef Jakande who within four years made his mark.

“The Buhari administration should now as a matter of urgency prepare his handover note to Mr Peter Gregory Obi as it’s obvious by the Fitch rating that Nigeria will disintegrate with his party victory in the presidential polls”, the spokesman added.