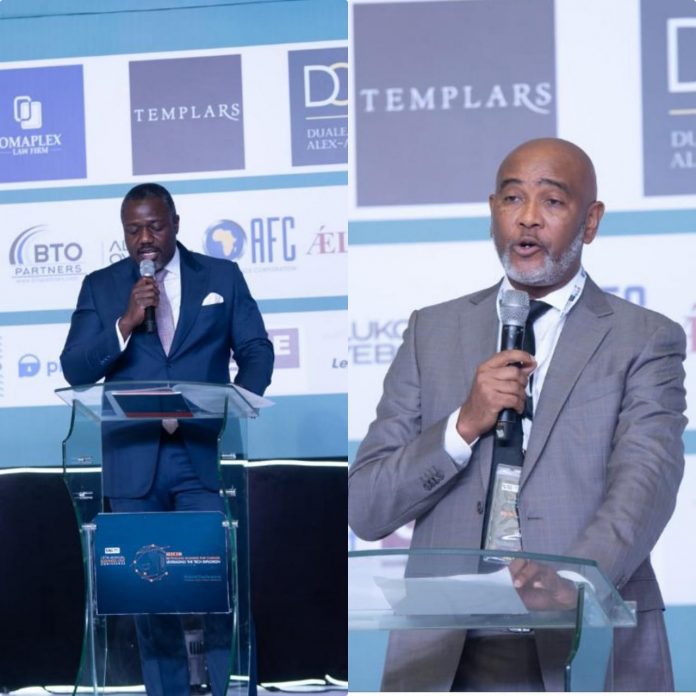 It was a more muted gathering in 2021, compared to previous occasions up to 2019. But it was better than 2020, at least, when the annual conference of the Nigerian Bar Association’s Section on Business Law was a virtual non-event for the first time since the inception of the SBL sixteen years ago, no thanks to the nationwide and global precautions aimed at curbing the spread of the dreaded coronavirus. But the 2021 confab was no less intense for that, even though it was held in a smaller, less imposing location than its usual venue for past conferences.

NEWSWIRE Law & Events Magazine’s correspondent reports that the Harbour Point, an upmarket event venue in downtown Lagos, was the location of the 15th edition of the conference, which, like other such recent gatherings in Nigeria, was a hybrid one (incorporation virtual with limited in-person attendance) was graced by the cream of Nigeria’s commercial lawyers as well as political office-holders and experts in various professional and business fields – including the critical area of technology, which is at the centre of this year’s deliberations.

In his welcoming remarks, the chairman of the conference planning committee, Adeleke Alex-Adedipe cast the scaled-down 2021 conference in a positive light, describing it as proof of society’s ability to find new possibilities by embracing innovation in the aftermath of the greatest humanitarian crisis of our times. Alex-Adedipe also described the keywords of the conference theme, ‘Retooling Business for Change: Leveraging the Tech Explosion,’ as ‘particularly unlawyerly terms’ which signal the profession’s readiness to think outside the proverbial box in spite of its age-long heritage of conservatism and resistance to change, particularly change of the disruptive kind.

This change of outlook, he added, is borne out of the realization by lawyers that, to help businesses drive growth economic growth and make sense of a world in motion, they must embrace the critical innovations of the 21st century. The hybrid nature of this year’s conference, the CPC chairman said, was a glimpse into what the business rooms of our times will look like in a world of borderless interactions.

Also welcoming delegates to the event, the Chairman of the NBA’s Section on Business Law, Ayuli Jemide, described this year’s SBL conference as a call to action on the part of business lawyers and the nation’s business community, and a call to venture into a faster, smarter and yet smaller world to which only the tech-enabled can enter.

NEWSWIRE correspondent reports that unlike previous such conferences where lawyers talk primarily to other lawyers, the 2021 event is aimed at making lawyers better listeners as experts in the scientific and technological worlds take centre-stage – among them the designated keynote speaker, Wendy Okolo, a Nigerian-born American aerospace research engineer and the first Black woman to obtain a doctorate in aerospace engineering from the University of Texas in the United States. Her choice, the SBL chair said, speaks volumes about the leading role young people like her are playing in using technology, with its problem-solving capabilities, to accentuate a better world.

Welcome Address by the President of AWLA Mandy Demechi-Asagba Esq. on the Day of the African Woman 2021