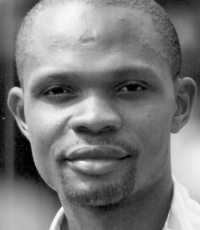 It is a well known fact among lawyers that the ban on campaign for the NBA 2018 National election has not been lifted. Since the beginning of this year, however, every lawyers’ forum or platform has been proliferated with essays, articles and rants which sometimes tilt on the verge of hysteria by the internet foot soldiers of one of the aspirants for the post of president touting their candidate as the messiah of the younger generation of lawyers and a shift in paradigm. That this aspirant could sponsor and/or condone such essays, articles and rants at a time when ban on campaign has not been lifted shows the depth of contempt which this gentleman and his handlers have for the NBA Constitution and traditions. But that is a tale for another day.

This aspirant and his internet foot soldiers have, in their desperation, allowed their paranoia to get the better of them. They consummated the art of devil’s advocacy: even when no one has challenged the qualification of their pay master to run for the presidency on account of his not being a silk, they went to town, dissipating energy on how it is not in the NBA Constitution that the position of the NBA President is reserved for silk alone. One wonders how this could possibly be a point of focus in the campaign leading to the election.

While it is true that the two other contenders for the NBA President in the persons of Arthur Obi Okafor, SAN And Prof Ernest Ojukwu, SAN, are silk, it does not seem to be a point of importance in their quest. However, it is rather bizarre and a perverted way of thinking to pick the qualification of these gentlemen as silk and attack it like feral cats with a view to diminishing their manifestos as though all they had on offer is their status as SAN. This aspirant who is not a SAN has provoked the SAN/NON-SAN debate in the hope of getting the sympathy of the younger generation of lawyers and pitting them agaisnt senior lawyers, notably SANs, in a them-vs-us contest.

To put it more graphically, what this aspirant seems to be saying is this, “Vote for me because I am not a SAN!” That some young lawyers are not able to see through the manipulation is a thing of surprise. But one is comforted by the fact that deception never abides for ever and that as events unfold, more and more young lawyers will see through this smokescreen.

When these purveyors of falsehood talk about paradigm shift, may they be reminded that non-SANs have contested for the post in the past. One of the most notable Presidents that the NBA has ever known, Alao Aka Bashorun, was not a silk. This lays bare the falsity of the claim of paradigm shift or “fresh way of doing things”.

Another point with which the internet minions of this aspirant have wasted energy is the issue of EBF adoption of a consensus candidate. It is a tradition in the Eastern Bar Forum to adopt a candidate for a particular post and present him to the national body for election. This tradition has worked seamlessly so far.

The aspirant in question was a beneficiary of this tradition in 2014 when EBF adopted him to contest the post of General Secretary in preference to other aspirants for the same post.

Now, that tradition is a subject of attack by the internet warriors of this aspirant even at a time when EBF has not in fact made any statement suggesting that it will adopt one of the aspirants.

To win the sympathy and support of young lawyers (who by the way, owing to their age at the Bar, are less discerning than their senior counterparts), they devised the argument that the EBF tradition is discriminatory and panders to a cabal in the EBF/Bar which will then enthrone a puppet as a leader. How cabal came into the equation remains a mystery.

But one would have liked to know why the adoption of this aspirant three years ago as GS by the same EBF was not an act of a so-called cabal. What makes the whole scenario uglier is that the EBF, as we mentioned before, has not issued a statement adopting one candidate in preference to another.

So why this hullabaloo? Why this storm in a teacup? Why cry wolf when there is none?

The answer can be found in the tactics so often resorted to by politicians in regular politics. Once a politician going into an election perceives that a procedure is not going to favour him, he does everything possible to discredit that procedure. Thus, we often hear politicians discrediting the modalities of a party’s primary election even before the primary itself, such that when they lose the primary, they blame it on the irregularities that they earlier complained about.

This is exactly what this aspirant and his camp are doing with respect to the EBF adoption policy, having perceived that his popularity rating is no match for his rivals. But this move to impugn the tradition of the EBF of which he was a chief beneficiary smacks of crass opportunism and we are hopeful that the younger generation of lawyers will come to realize this.

It is not entirely difficult to understand why this aspirant and his camp should feel the pressure to rush to defence even when no offence has been made.

It is in a natural order of things that one is often intimidated by one’s superiors. Seeing himself pitted against giants with intimidating credentials for the post of the NBA President, it is easy to understand why this gentleman should throw caution to the wind and embark on an early campaign which, upon close examination, is nothing more than hysteria arising from feelings of inadequacy.

One can only hope that this phase will soon pass and that order will be restored to allow for meaningful engagement when the time is ripe.