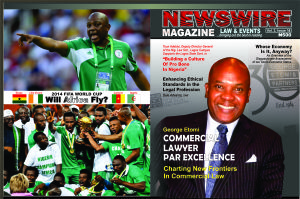 Cameroon’s display provided an unbeatable argument for a 3rd African slot at the World Cup. Morocco and Cameroon secured the first two tickets for Africa, but it was the 3rd representative that eventually made the biggest impression. 1994 was the year in which the world knew that ‘the Eagle has landed’. After many near-misses in the past, Nigeria finally made her debut at the global showpiece. The Super Eagles arrived America with a larger-than-life persona, having won the African Cup of Nations earlier that year and climbing up to 5th in the FIFA rankings (the highest-ever placing by an African team). The quick elimination of Cameroun and Morocco in the first round put the spotlight squarely on the Super Eagles, and they responded in their opening game by hammering Bulgaria 3-0. After a controversial loss 2-1 to Argentina, the Eagles easily brushed aside fellow newcomers Greece to advance at the top of the group and set them on a collision course with 3-time champions Italy. After an early goal by Emmanuel put Nigeria ahead, the game settled into a ding-dong battle. But rather than capitalize on their advantage, the Nigerians lost concentration as the Italians leveled scores and then scored the winning goal in extra-time. It was a sad way to end a promising run, and as Italy put their near-death experience behind them and raced all the way to the final against Brazil in Los Angeles, Nigerians were left to ponder on what might have been.
With the granting of 5 slots to Africa for the 1998 world cup in France, Africa’s presented -timers Cameroon, Morocco, Tunisia and Nigeria, and new comers South Africa, fresh from being re-admitted into the global soccer community after being shut out on account of the apartheid system. All in all, however, 1998 was a disappointing outing for Africa, as 4 of the continent’s representatives crashed out in the first round. The only bright light was Nigeria, which advanced at the head of its group after a memorable come-from-behind victory against Spain in the northern city of Nantes. A further 1-0 victory over Bulgaria gave Nigeria another 2nd round ticket. But as in 1994, the promise turned to ashes as the Super Eagles, undone by sloppy defending and perhaps a bit of overconfidence, suffered a 4-1 humiliation at the hands of Denmark.
The 2002 World Cup was the first to be jointly hosted by two countries, and the first to be held outside Europe and the Americas. Korea/Japan 2002 saw the old-timers joined by newcomers Senegal. The Nigerians, who had been Africa’s  unofficial standard bearers for the last two editions of the World Cup, took the early flight home with the rest, leaving the Senegalese debutants to carry the continent’s embattled flag. An opening-day 1-0 victory over defending champions France in Seoul established Senegal as the new African Cinderella at the global showcase. Senegal finished 2nd in their group after drawing Denmark and Uruguay, and went on to equal Cameroon’s record of a quarterfinal appearance following a 2-1 golden-goal victory over Sweden. But they were themselves on the receiving end of another golden goal in their quarterfinal game against Turkey.
Even before kicking a single ball, Africa created the record of the continent with the highest number of newcomers at the 2006 World Cup, held in Germany. Of the 5, only Tunisia had previous World Cup experience, as Angola, Togo, Ghana and Côte d’Ivoire all made their debuts at the Mundial. Some of them, like Togo and Angola, made up in enthusiasm and energy what they lacked in the requisite technical savvy to compete at the top level. Ghana’s Black Stars were the only African team standing, having recovered from an opening day loss to eventual champions Italy to record victories over a highly-rated Czech Republic and the United States. But thrown onto the propellers of Brazil in the round of 16, the Ghanaians went down in flames via a 3-0 scoreline.

2010 was supposed to be the Year of Africa, as Nigeria, Cameroon, Algeria, Ghana and Côte d’Ivoire joined hosts South Africa at the tournament. But if the Africans thought that holding the Mundial in Mother Africa would somehow give  them some extraordinary advantage over their visitors, they were sadly mistaken as they all – with the exception of Ghana’s Black Stars – fell like ninepins in the first round, with South Africa’s Bafana Bafana setting the unwanted record of being the first  host nation to fail to advance beyond the first round in the tournament’s 70-year history, despite a scintillating opening game against Mexico in which Siphiwe Tshabalala scored one of the tournament’s most memorable goals.
Ghana, on the other hand, stormed into the quarterfinal, matching Cameroon’s in Senegal’s feats in 1990 and 2002 respectively, after a heart-warming 2-1 victory over the USA. But they too, fell victim to Africa’s perennial quarterfinal jinx in their game against Uruguay. Having taken the lead through Sulley Muntari’s low strike in the first half, the Black Stars saw their lead cancelled by Diego Forlan’s equalizer. What followed after that – especially in the extra time theatrics and eventual penalty shootout was a study in high-octane drama and eventual heartbreak. The sight of that ball sailing into that Johannesburg night – and with it Africa’s hopes of a first semi-final appearance – is one that all of Africa will like to forget.
It has been a 40-year tale that has seen its share of heartwarming and heartbreaking moments. What does 2014 hold for Africa? Who among the continent’s 5 representatives will shine the brightest? Nigeria’s Super Eagles? The Elephants of Cote d’Ivoire? Ghana’s Black Stars? Algeria’s Desert Warriors? Or the Indomitable Lions of Cameroun?
The answer, as the old song goes, is blowing in the wind.