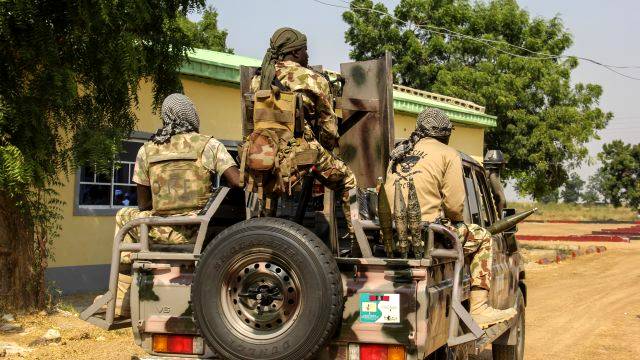 Musa, who also announced the opening of a new camp for hosting repentant Boko Haram members that were surrendering, assured that the new camp was in a safe area where the military could secure it.

“Based on assessment, we looked at the areas that can be properly defended,” Musa said.

Shading more light on the rescued girls, the General Officer Commanding 7 Division, Maiduguri, Maj.-Gen. Shuaibu Waidi, who presented them to the media, said they would be handed over to Borno State Government.

Waidi said that Yana Pogu who is number 19 on the abducted Chibok girls list, was rescued on Sept. 29 with four children; two boys and twin girls, in Mairari village, Bama Local Government Area (LGA), by troops of 21 Armoured Brigade, during a clearance patrol.

“In the same vein, on Oct. 2, Rejoice Sanki, who is number 70 on the list of Chibok girls, was rescued with her two children by troops of 222 battalion in Kawuri area,” Waidi said.

He said that the rescued women were undergoing medical examination with their children for eventual handing over to the Borno government.

NAN reports that within the last five months, 13 Chibok girls have been rescued by the military.