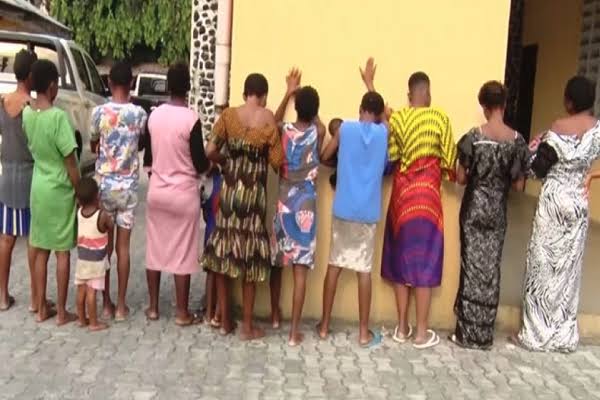 A 17-year-old boy who allegedly impregnated 10 ladies in Rivers state has been arrested.

The young man identified as Noble Uzuchi was nabbed with his accomplice, Chigozie Ogbonna, 29.

According to the authorities, the two suspects and two other ladies, Favour Bright and Peace Alikoi, were allegedly running a baby factory.

In a statement, Iringe-Koko stated the four suspects operated in the Obio/Akpor and Ikwerre local government areas of the state before their arrest.

She added the 10 pregnant ladies had been rescued by the Force operatives after the raid and arrest of the suspects.

“On Saturday, January 7, 2023, around 4.45 pm, while acting on credible intelligence available to the Rivers State Police Command, C4I Intelligence Unit operatives raided two houses at Igwuruta and Omagwa communities respectively, where victims of child trafficking were being kept.

“The victims rescued in the operation are 10, most of them pregnant,” she said.

She claimed that investigations found that when a victim delivered her baby, the syndicate leader kept the child and paid N500,000 while some of the babies previously delivered in the houses had been sold.

“All the victims confessed that they were lured to the illicit sales of children because of the need to meet some financial challenges. A Honda Pilot Jeep, white, was recovered from the syndicate leader,” she added.