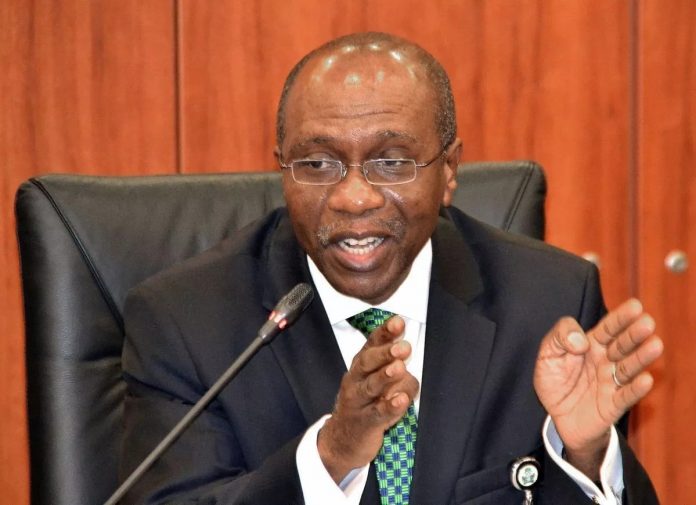 The Central Bank of Nigeria (CBN) has disbursed a total of N23.20 billion to 28 companies whose projects were selected for funding in the maiden batch of its newly introduced “100 for 100 Policy for Production and Productivity (PPP)” initiative.

Emefiele spoke at the formal launch of the 100 for 100 PPP scheme. He explained that the primary objective of the CBN in introducing the initiative was to ensure that priority was accorded to companies that displayed verifiable progress in the bank’s import substitution and job creation drive.

Emefiele said the funds disbursed to beneficiaries of the 100 for 100 policy, which he stressed were loans, followed due screening of the applications received. He said the projects, valued at N23.20 billion, comprised 14 in the manufacturing sector, 12 in the agricultural sector, and two in the healthcare sector.

He assured all current and prospective operators in the industrial sector that the CBN was ready to continue to provide the needed support, financial and otherwise, to fast-track the development of the sector.

Emefiele said the central bank would continue to provide all the needed support for the importation of plants and equipment to actualise investments in new greenfield or existing brownfield projects.

He said for this first cycle of the 100 for 100 policy, which ended yesterday, 243 applications valued at N321.06 billion, spread over key sectors, including agriculture, energy, healthcare, manufacturing, and services sectors, were submitted on the portal.

Emefiele said after much engagement, 79 applications valued at N121.87 billion, were received from banks for projects in six sectors, namely agriculture, energy, healthcare, manufacturing, mining, and services sectors. He said the requests were carefully screened and scrutinised against a set-out selection criteria, and were categorised into production efficiency and scalability; local content capacity; job creation and human capital development; operating sector relevance; and potential contribution to economic growth.

But only 28 companies with projects that clearly articulated their proposals were selected for funding, he said, adding that the CBN intended to revisit the applications that were declined with a view to understanding areas of their shortcomings and enabling more companies to benefit from the initiative meant to stimulate manufacturing output in the country.

Emefiele said, “With the significant opportunities in the real sector, there remained sufficient room for additional investments in the various sub-sectors and I would like to urge potential investors to take advantage of the various CBN intervention programmes and schemes, as well as other financing options out there, to invest in key sectors of our economy given the potential gains that could be generated from them.”

Stakeholders, including Deposit Money Banks (DMBs), Manufacturers Association of Nigeria (MAN) and the beneficiary companies, all commended the apex bank and expressed confidence in the ability of its initiatives to boost domestic production as well as diversify the economy.Emefiele also said the initiative was designed to stimulate investments in Nigeria’s priority sectors with the core objective of boosting production and productivity, which will aid efforts to stimulate greater growth of the economy and create employment opportunities.

He said, “Under this initiative, every 100 days, manufacturers in critical sectors that seek to engage in greenfield projects or in expanding their existing facilities will have access to cheaper forms of credit at single digit rates, as well as foreign exchange to procure plants and machineries.”He said the programme had the potential to significantly accelerate manufacturing output, promote further diversification of the economy, and facilitate faster growth of non-oil exports.Essentially, he said the PPP would help to reduce the country’s over-reliance on imports, and stimulate productivity in agriculture, healthcare, manufacturing, extractive industries, logistics services, trade-related infrastructure, and renewable energy.

He added, “This launch also fulfils the commitment we made during the unveiling of the first central bank digital currency (CBDC), the eNaira, by His Excellency, President Muhammadu Buhari GCFR, on the 25th of October, 2021, when we announced that the CBN will introduce a 100 for 100 – Policy on Production and Productivity (PPP), under which eligible companies in priority sectors will be screened and 100 companies will be selected to receive funding from the CBN every 100 days, beginning from 1st November 2021.

The selection of subsequent beneficiaries will be rolled over every 100 days with new sets of 100 companies and details of these companies will be published in the major national dailies.“Today’s launch of the 100 for 100 Policy for Production and Productivity (PPP) initiative and cheque presentation to selected companies, is a culmination of our engagements with critical stakeholders in the manufacturing sector and financial institutions, as we have here today pioneer beneficiaries of the initiative and the participating financial institutions.”

He said over the past seven years, the Buhari government had made significant effort to reduce over-reliance on imports for food and industrial raw materials, towards one that was self-sufficient and self-reliant, with strong commitment towards ensuring that Nigerians produce what they eat and eat what they produce.The CBN governor added that in line with the administration’s policy focus to stimulate domestic production and productivity, the central bank had continued to introduce various policy measures, in the form of interventions, to stimulate low-cost and sustainable financing to priority sectors and segments of the economy.

He said, “The 100 for 100 Policy for Production and Productivity (PPP) is one of such interventions designed to fast track productive activities in priority sectors. Under this programme, eligible applicants will be required to submit their applications to their banks, after which, a notification is submitted on a dedicated portal – https://100for100ppp.ng, which has been created to ensure transparency and allow applicants track the status of their applications.”

Commenting further on the new FX policy being worked on, he said, “It is being worked on and I can tell. But what we are saying in essence is that you would find a situation where those who will benefit from FX or who would be accorded priority – everybody will benefit – but those who would be accorded priority in FX allocation will be those who will embrace our interventions that will help to grow the economy; intervention that will create jobs for our people, not just people who just want to import and export everything- anything they do is import.”

He added, “We want to see to it that you are conducting business activities that reduce our imports and reduce your level of import, reduces your reliance on raw materials imports. But rather, there would be plants, equipment, spares priority and also ensure that by the time you are in business, the level of import you need will be very minimal, if not entirely zero.“Those will be the kinds of companies we will accord priority in FX allocation going forward.

He said the new framework being fine-tuned would be market-driven and would support companies that accord utmost priority for local production and job creation drive.The central bank also said it was working to stimulate non-oil export to boost foreign exchange earnings in the country.The CBN governor said though details of the proposed FX policy were still being worked on, FX supply would be mostly allotted for the importation of spares, plants and equipment needed to increase production capacities of local companies.