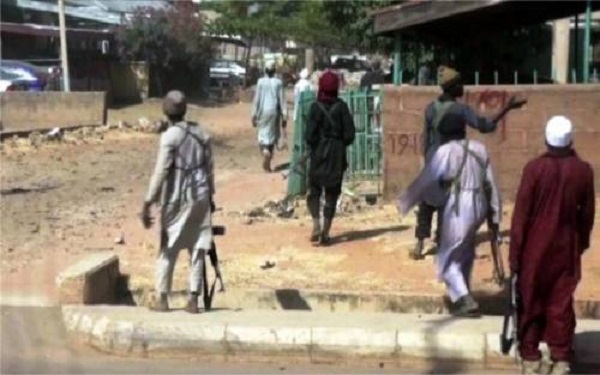 Bandits have attacked a village in Katsina, killing 10 persons, injuring 11 others and setting several houses ablaze.

A local source said the gunmen, who invaded Yasore village in Batsari council on Tuesday evening, also looted many houses, rustled animals and stole cash, phones, clothes, and foodstuff, among other items.The villager said the bandits were armed with sophisticated weapons and came on motorcycles about 6.30pm.

He said, “The bandits operated for several hours before they left the village because the telecommunication shutdown in the council prevented residents from calling security agencies.”Residents said 16 people were killed in the attack, though police put the figure at 10.It was learnt that the dead were buried yesterday morning.

On visitation to the village, youths were seen preparing graves for the burial of the victims while many others bemoaned the losses they suffered in the attack.Police spokesman Gambo Isah said the bandits were on a reprisal mission after members of Yansakai, an outlawed local vigilante, killed some Fulani.